Inked Angels Is Now a Podcast!

Inked Angels Is Now a Podcast! 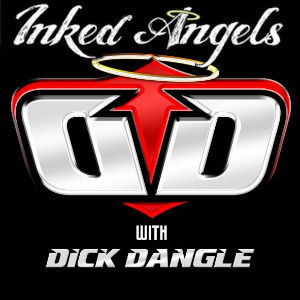 The podcast will cover industry news, interview tattooed performers, and much more. Joining Dick as his co-host and executive producer will be Champagne Dan. Both gentlemen have spent the last two years interviewing some of the industry’s biggest stars with The Dangling After Dark with Dick Dangle podcast.

“I’m honored to be a part of the Inked Angels family,” says host, Dick Dangle. “This is an amazing opportunity and I’m excited for everyone to hear the show! I can’t wait to see what the future holds for this podcast!”

The first episode will feature two of the industry’s biggest names: Small Hands, winner of the 2016 Inked Awards Male Performer of the Year award, and Anna Bell Peaks, who won the 2016 Starlet of the Year award. It was  released Monday, December 19 on InkedAngels.com.

“I look forward to expanding our coverage and promotion for these amazing entertainers,” said Inked Angels owner, Jason Jones. “For us, it’s all about getting them the recognition they deserve yet are often overlooked for because of their skin art.”

“I couldn’t have thought of a better partner to team up with than Dick Dangle and his crew. They do such a professional job, and have the same appreciation for these entertainers as we do.”

You can find out more about Dick Dangle by checking out his website DanglinAfterDark.com.

To be a future guest on the podcast, contact Jason at admin@inkedangels.com.

Media inquiries about Inked Angels and/or The Inked Awards should be directed to Erika Icon of The Rub PR at erika@therubpr.com.

2013 was the start of Inked Angels participating in conventions with Exxxotica Atlantic City and the RVA Expo. In 2015, they had an Inked Angels booth at Exxotica New Jersey. In 2016, they exhibited at Exxxotica Chicago, IL, Columbus, OH, and Edison, NJ, and will be hitting the Adult Entertainment expo (AEE) in January in Las Vegas, NV.

No spam, notifications only about new products, updates.
PrevPreviousAbella Danger Grabs 6 AVN Nominations, Including Female Performer of the Year
NextBrett Rossi Finds Out the Psychic Truth in New Girlsway SceneNext
On Key