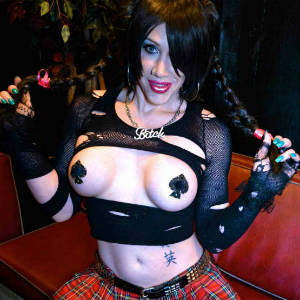 To win, she will need her fans’ help. Go to http://fetishawards.com/2017/index.php/792749 and vote for her in both categories now through July 16th. They can only vote once.

“Thank you, Fetish Con, for the nominations and recognizing my hard work over the past year,” says Haven. “I’m honored to be nominated, but of course I’d love to win. I’d also like to thank all my fans who nominated me daily, and thank them in advance for casting their votes to help me win.”

Haven will find out during the awards on Sunday, August 13th, if she wins one or both awards. She will be attending the awards and walking the red carpet, in addition to signing for Clips4Sale again this year at the Fetish Con tradeshow.

Webmasters can profit from Haven’s growing industry profile via her online promoting her official site, called Kimber’s Playroom by signing with her ModelCentro affiliate program.