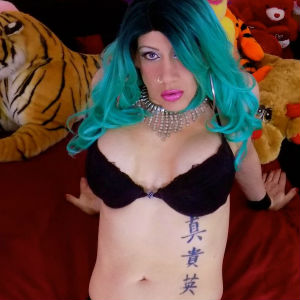 The awards show was held on air and the winners were announced by the hosts of the podcast. Many of the nominees, including Kimber, were in the chatroom and listening to the live awards show. Kimber even called in live at the end of the show.

Kimber’s sweep was testimony to her huge popularity being a guest on the show several times in 2016. She took home the trophies for Favorite Guest, Most Interesting Guest, and Most Popular Guest.

“I love the Gross Misconduct guys and just being on their show so much fun – these awards are just icing on the cake,” says Kimber Haven. “I was really floored at how many I won and so honored. This is a great start to 2017 and awards season. I’d like to thank everyone at GML and all the listeners.”