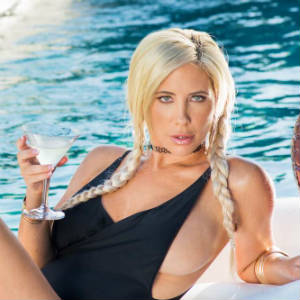 (Los Angeles, CA) August 18, 2017 – Southern California beach girl Tasha Reign is known as an adult star, feminist advocate, and blogger/journalist. She starred in MTV’s reality series Laguna Beach in 2006, graced the pages of Playboy and was crowned Cyber Girl of the Week in 2010, and the following year went from Penthouse centerfold to Penthouse Pet.

With seven years in adult, Reign has graced the pages and covers of all the top adult publications, headlined at the top gentlemen’s clubs across country, starred in hundreds of films, and helms her own production company, Reign Productions. She has garnered countless AVN and XBIZ Award nominations for Female Performer of the Year, Crossover Star of the Year, Mainstream Star of the Year, and her scene work. Reign is also a UCLA graduate and has penned columns for OC Weekly and The Huffington Post.

Now, Reign has inked a deal for exclusive representation with OC Modeling to build her brand and take her career even higher. She joins some of the biggest and brightest talent in adult that are on OC Modeling’s roster.

“I’m beyond excited and thrilled to work with OC Modeling and this new chapter of my career,” says Reign. “I can’t wait to give the Reigndeer new fierce content and continue to do what I love, entertaining!”

“We’re beyond thrilled that Tasha has signed with us and become part of the OC Modeling family,” says Sandra McCarthy, Co-Owner of OC Modeling. “She’s stunning, an amazing performer, and an incredibly smart business woman. We will do great things together and have some big announcements coming soon!”

Webmasters can profit from promoting Reign online at TashaReign.com by signing up with the StickyDollars affiliate program.