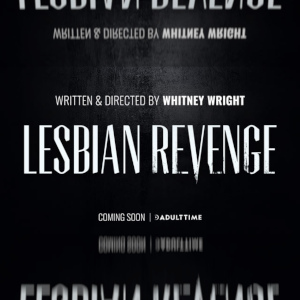 (Montreal, QC) May 22, 2019 – Adult Time has announced the official start of production on Lesbian Revenge, an original spinoff series from Pure Taboo that marks the writing and directing debut of popular adult star Whitney Wright.

Following in Pure Taboo’s gritty dramatic footsteps, each episode in the anthology series will tackle lesbian taboo concepts and classic power dynamic stories that dare to explore the darker side of sexual pleasure.

“I’m absolutely honored to take on this amazing new series, and grateful that I was selected to direct each episode for Lesbian Revenge,” said Wright. “I’m excited to put my twist on these stories and work with the actresses to get an amazing series that I know both taboo and lesbian fans will love.”

“Whitney is already a fan favorite in front of the camera for both Pure Taboo and our lesbian audiences, so it was a natural fit to bring her in to helm this exciting new project,” said Bree Mills, Adult Time’s Chief Creative Officer and Executive Producer for the series.

“We’re ready to see her take her already impressive directing credits to the next level by joining our roster of established adult filmmakers.”

“People have been asking for a lesbian spinoff of Pure Taboo for so long,” said Wright. “And that’s exactly what we’re going to give them with Lesbian Revenge!”

Webmasters will be able to cash in on the Wright stuff and PureTaboo.com by sighing with official cash program, FameDollars.

No spam, notifications only about new products, updates.
PrevPreviousPenny Barber Celebrates Her Birthday with Fans & Lets Them Ask Her Anything
NextRiley Reyes: Dangerous Curves & Wrestling SkillsNext
On Key