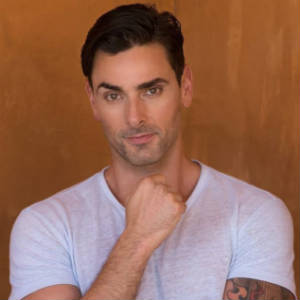 Driller also got explicit with industry insider site Explicit List. The in-depth interview covers topics like what it’s like to work with Axel Braun and don the Superman cape, a typical day on set, and being recognized for his work with multiple awards. They also ask him some unconventional questions about his past careers of sea captain and radio promotions. Check it out at http://explicitlist.com/2017/07/explicit-interview-ryan-driller/.

Speaking of awards, Driller has received his very first Inked Awards nomination, for Inked Scene of the Year for his Wicked Pictures’ scene for Axel Braun’s Busted with Katrina Jade. Five other scenes are competing for the win from Burning Angel and Evil Angel. The winner will be decided by a panel and the award will be given out at the 2017 Inked Awards taking place on Saturday, November 4th, at Pine Manor in Edison, NJ.

“I’m honored to be nominated for my very first Inked Award and hope the panel chooses my scene with Katrina – it was a very hot scene and very well-liked by fans and critics,” says Driller.

“Check out my interviews from Mel Mag and Explicit List, and learn something about adult films, the industry, and maybe even a few things you never knew about me.”