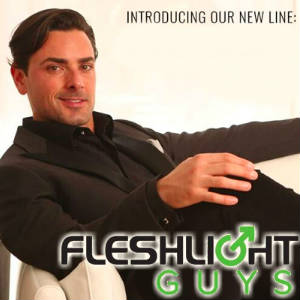 (Hollywood, CA) May 31, 2018 – After 10 years in adult, award-winning leading man Ryan Driller finally has his own toy. And he did it in a big way: working with Fleshlight.

Ryan’s toy is the first release from the Fleshlight Men’s line. Other adult stars including Mick Blue and Manuel Ferrara will also be part of the exciting new line and will release their toys later this year.

“I’ve been wanting to have a toy for some time, but I wanted to work with the best, and Fleshlight is just that,” says Driller. “I wanted to offer a quality product to my fans that they would enjoy and would stand the test of time. I’m so excited about my pack and to be part of the Fleshlight family. If you’re a fan and you buy one, bring it to the next convention I’m at, and I will personally sign the toy and/or the box and take a selfie with you.”

No spam, notifications only about new products, updates.
PrevPreviousXBiz 6th Annual Miami Bikini/Mankini Contest To Be Hosted By Vicky Vette & Rubberdoll
NextTrafficPartner And The Adult Content RenaissanceNext
On Key