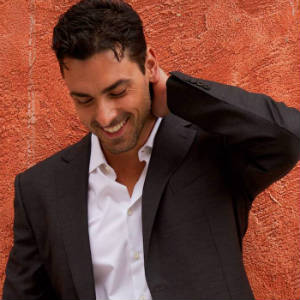 (Hollywood, CA) May 21, 2017 – Ryan Driller has one of his greatest acting roles this week – he’s playing a virgin in a new scene on PrettyDirty.com.

Cassidy Klein recently moved home and her room is right near her step-brother (Driller). She thinks he’s a loser because all he does is eat pizza and whack off, plus he’s a virgin. Their mom (played by Claudia Valentine) catches him spying on Klein in the shower. That’s when their mom comes up with the brilliant idea that Klein should be the one to take Driller’s virginity, and she will cover Klein’s student loans if she completes her end of the deal.

Klein saunters into Driller’s room to proposition him by taking off all her clothes and then it’s on. Driller seems to be quite “skilled” for someone who’s a virgin. The two go at it hard and heavy and Driller walks away from their experience a “new man”.

The scene is directed by Craven Moorehead and available now. It can be viewed along with the trailer at http://www.prettydirty.com/en/video/Take-Your-Brothers-Virginity-Scene-01/122396.

“After doing several hundred scenes in my career, I’m now playing a virgin – that was quite a leap, but was a great way to show my acting skills,” says Driller. “Working with Craven was amazing, as always. If you’re a member of PrettyDirty.com, please give the scenes a thumbs-up so you will see more of my co-stars and me on the site.”

Webmaster vets and virgins alike would be wise to woo their traffic with content from PrettyDirty by joining their affiliate program at FameDollars.com.