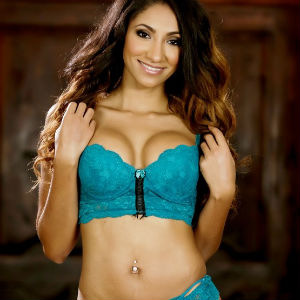 (Los Angeles, CA) Sexy Southern Belle Sadie Santana has just inked a deal with OC Modeling for exclusive representation. Known for her lanky physique, luscious long legs, and amazing rack, Sadie, an exotic mix of French, Spanish and Native American, got her start as a lingerie and bikini model, as well as an exotic dancer.

With four years in adult, Santana has filmed hundreds of scenes for some of the best studios including Naughty America, Hustler, Evil Angel, Bang Bros., Elegant Angel, 3rd Degree, Filly Films, Kink.com, James Deen Productions, and Digital Sin, in addition to having her own film from Royal Empire Productions. She’s received AVN Award nominations for Most Epic Ass and Most Promising New Starlet.

“After being self-represented for over a year, I’m very happy and excited to be joining the OC Modeling family!” says Santana. “I’m overwhelmed with joy to be working together and can’t wait to see what 2017 will bring.”

“We’re glad that Sadie signed with us and know this is a great partnership,” says Sandra McCarthy, Co-Owner of OC Modeling. “Before she was even up on the site, we were getting calls to book her.  We know we’re going to be doing great things with her this year.”