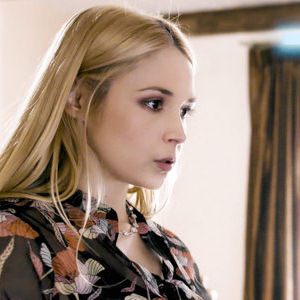 (Los Angeles, CA) March 10, 2020 – A spring fling is in order when adult favorite Sarah Vandella is in March bloom with several scorching new projects lined up for fans.

The star will be in Los Angeles to shoot new scenes for most of the month (March 12-18, 26-April 2), and will be making a special stop at the legendary Mustang Ranch in Sparks, Nevada from March 3-11.

“Come one, come all,” said Vandella. “I’ve got a busy schedule this spring and I want to invite my very special fans, followers and supporters to get in on my latest film releases and live appearances this month,”

Adult Time subscribers are in for a treat as Vandella toplines Black Label release Strappy Sirens alongside Serene Siren (out now), as they devour each other on a sumptuous chaise lounge dressed in sexy black lingerie.

In Intimacy Issues – out now from Girlsway/All Girl Massage – Vandella opens up to co-stars Lauren Phillips and Luna Lain for an intense three-way rubdown that relaxes the mind, body & soul!

From Girlsway/Mommy’s Girl (out 3/7), Vandella tries to get in a little Mommy’s Private Time – a deliciously sinful blonde-on-blonde family relations romp under the sheets with co-star Lexi Lore.

Motherboard from Girlsway/Moms on Moms (out 3/17) shines a spotlight on the future, with Vandella opening up a hologram of dearly-departed stepmom Katie Morgan that reunites a special relationship from long ago.

Vandella also offers exclusive content for fans on her OnlyFans.com page, with new scenes available weekly to keep her devotees coming back for more!

Affiliates can cash in on the early harvest of Vandella by joining FameDollars.com.

Sarah Vandella knows a thing or two about staying power. Since launching her adult film career in 2007, the petite (5’4″) blonde continues to win fans and steal hearts as an accomplished performer, model and actress armed with loads of talent, enthusiasm and a sultry, dark-eyed beauty that cannot be denied.

Growing up in Long Island, New York and Orange County, California, Vandella was a shy, self-conscious teenager who kicked off her exploratory journey into the world of sex, sexuality and adult entertainment at her job at an adult retail store, followed by feature dancing and working as a courtesan in Nevada’s top brothels.

In 2009, Zero Tolerance/3rd Degree Films took notice of her fresh-faced appeal and made Vandella a contract star under the name Sara Sloane: her fan base has since skyrocketed, with starring roles in the industry’s most-watched movies, as well as mainstream titles such as Werewolves in Heat and Mancation, alongside NSYNC’s Joey Fatone, The Wonder Years’ Danica McKellar and veteran film & TV tough guy Mike Starr.

Vandella is also well-known as a Deep Throat Queen: “I’m best known for the 2016 Throated Challenge win, beating out the incomparable Adriana Chechik and Riley Reid for First place. It was a fan award, and my first award in the business!” A NightMoves Performer of the Year fan award followed in 2018. She’s also been nominated for several awards, including 20 AVN, 14 XBIZ, four XRCO and an XCritic.

“I’ve had the pleasure of being cast in some of the most amazing film projects,” adds Vandella of her acting jobs in genres as varied as parodies, original features and hardcore gonzo titles. “I’m so thrilled to have a place in this industry… I’m excited to open a new chapter in 2020, and I look forward to more incredible experiences – both on and off camera!

Sarah Vandella is available for booking through ATMLA.com.