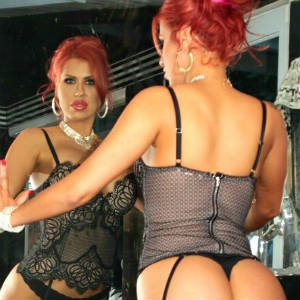 In the Ask Men interview, Styles reveals her favorite sex toys, the foreplay move that really gets her in the mood, her bucket list for sex and life, and much more. The article also features some fabulous photos of her as a blonde and a redhead from her Instagram account and personal stash.

“I love interviews about sex almost as much as I love sex,” says Styles. “Many men don’t know what makes a woman tick, so I hope this will help them become better lovers and their partners much happier in bed.”

This is the first time Ask Men has interviewed Styles. The site boasts it helps men to become better men, and after Savana’s piece, more of them will definitely be in the know. Read her feature at http://www.askmen.com/sex/sex_fantasies/savana-styles-picks-her-favorite-sex-toys.html?utm_source=savanastyles&utm_medium=social&utm_campaign=jtt.

No spam, notifications only about new products, updates.
PrevPreviousVOD Deal for Twinky and the Bear 2 Proves Highly Successful
NextRicky Johnson Appearing at Exxxotica for His First TimeNext
On Key