Screwbox Introduces Their Own Brand of High-End Adult Filming

Screwbox Introduces Their Own Brand of High-End Adult Filming 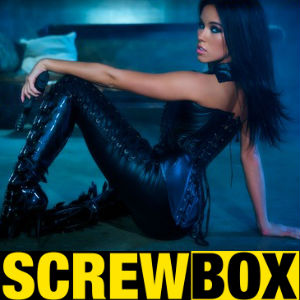 (Hollywood, CA) March 15, 2017 – Screwbox.com is honored to introduce their revolutionary gateway into a fresh and newly innovative world of high-end adult filming.

Screwbox welcomes viewers with open arms to embrace never-ending remarkable experiences from the very moment of discovery. Their team anticipates making a mark in the adult industry by focusing on visionary imagery delivering exclusive content that aims to cater to today’s current and future demographics, allowing the company to set new standards in creative filming.

Screwbox fundamentals include analyzing each realm of stylish niches and trends to conduct incomparable customer service for every individual’s VIP treatment plan. Screwbox guarantees to produce, direct, and film high-end content that accommodates immeasurable genres, including new and exciting developments scheduled for 2017.

Screwbox.com is also a brand-new pay-site that recently  officially launched, last December 19th, with eight contrasting and unique updates featuring an assortment of solo, girl/girl, and boy/girl scenes. Since Screwbox’s official launch, they have consistently released three spectacular updates per week with additional behind-the-scenes footage, providing charitable loads of content dedicated to their “screwscribers”. Each singular update possesses a special, attributed storyline consisting of aspects and concepts relatable to their viewers.

But that’s not all, Screwbox.com didn’t tease the world to only stop there. Join the Screwbox.com family by participating in various 2017 new line/genre developments entailing realistic pervasion POV ventures and advancements in the perfect authenticity of VR360 viewing. Stay entertained with weekly featured miniseries; administering eight sex-filled episodes and our unforgettable blockbuster movies that will impact history in the making! If you think that’s all, you’re screwed! Prepare for the ultimate horizon yet to come; live streaming from on set with interactions directly from our stars!

“We are all artists,” says Owner/Creative Director Jakodema. “Some of us take a sun and paint it as a yellow dot on a canvas and others take that yellow dot and turn it into a sun.”

With demanding customers and generously high expectations, Screwbox.com is well on its way to becoming the new and well sought-after aristocratic brand of the adult film industry.

To become a member, visit their website at SCREWBOX.com to “screwscribe” and gain full access to the content. Follow the Screwbox.com social media accounts to witness teasers, trailers, and your favorite stars’ journeys throughout their productions via:

All media requests for Screwbox.com should be directed to Erika Icon at erika@therubpr.com.

No spam, notifications only about new products, updates.
PrevPreviousYNOT Grand Prix Phoenix: Hot Fun in the Desert
NextSarah Vandella Takes on a Broad Range of Roles in New ScenesNext
On Key