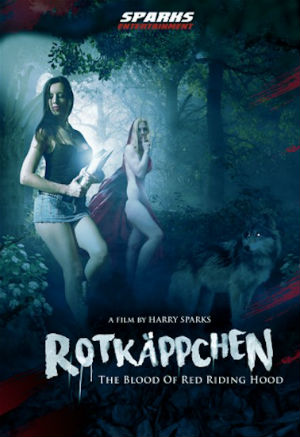 (Los Angeles, CA) Adult filmmaker Harry Sparks is getting back to his roots with the release of two mainstream horror movies, All Hallow’s Eve and Rotkäppchen: The Blood of Red Riding Hood. Both movies were recently screened and had a red carpet premiere at the AFI Silver Theater in Downtown Silver Spring, Maryland, just north of Washington, D.C.

All Hallow’s Eve is a horror anthology about a group of young friends getting together to tell extremely twisted stories on Halloween night. The film stars some of the most talented actors in the horror and Indie genres including Stuart DeMattia, Colleen Stein, Serena Lorien, and Bryan Sullivan, as well as Daniella Glenn, Joseph Durbin, Jessica Mayne, Stefanie Geils, Sheena Norris, and Natalia Menocal.

Rotkäppchen: The Blood of Red Riding Hood proves that not all fairy tales are for children. The classic fairytale has been modernized and is now erotic horror. The plot revolves around a German teenager who withdraws from a difficult school life and finds comfort in fairy tales and the power of imagination. Shot on location in Germany, Italy, Austria, Switzerland and the United States, Rotkäppchen has both adult and mainstream stars. Sativa Verte was previously featured in Sparks’ Revenge of the Petites. Kerri Taylor has done some nude modeling. Angelina Leigh is a former Playboy Model. And, Faith Lee Sentz and Chis O’Brock both had roles in Sparks’ critically acclaimed The Vampire Mistress. On the mainstream side, Debbie D has done several horror movies and joins the talented cast of Stefanie Geils, Nicole Leigh Vuono, Phil Gibson, Savannah Costello, Sheena Norris, and Natalia Menocal.

“I’m glad to return to my horror movie roots and have written and directed both of these titles,” said Sparks. “I was also elated to be able to getting Adult stars into a mainstream production. They all worked together seamlessly, and you will definitely see more Adult stars in my upcoming horror releases.” 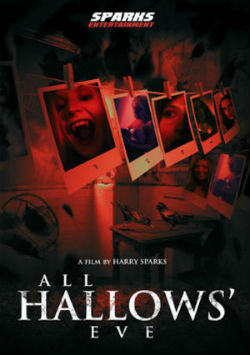 Both movies are available on Vimeo and Amazon platforms to buy or rent and have trailers. The Vimeo links are All Hallow’s Eve and Rotkäppchen: The Blood of Red Riding Hood. They will be coming to Amazon Prime Video later this week, just in time for Halloween.

To interview Harry Sparks for your site, publication or show, contact Erika Icon of The Rub PR at erika@therubpr.com.

Sparks Entertainment is the brainchild of avant-garde, award-winning mainstream and Adult director, producer and editor Harry Sparks. The studio’s main focus will be adult/erotic horror, fantasy and science fiction. Sparks, an East-Coaster, developed his craft by studying film and video production at Florida Metropolitan University, International Academy of Design and Technology – Orlando, Academy of Art University in San Francisco and UCLA Extension.

In 2012, he produced his biggest film to date, AMK Empire’s coming-of-age sex comedy/drama, Revenge of the Petites, which he wrote, directed and edited. The film received numerous nominations from AVN, XBIZ, Venus Awards, XRCOs, Humboldt International/420 Awards and Urban X Awards, and won a Gold Kush Award for Feature Film, as well as multiple XBIZ Awards including Best Cinematography and Best Actress in an All Girl Feature for Dani Daniels. In June 2013, Sparks released his feature The Vampire Mistress, starring Dani Daniels and Lily LaBeau. Blending the genres of adult and horror, the film received a total of eleven 2014 XBIZ Awards and a win for Dani Daniels as Best Actress in an All-Girl Release, in addition to 4 AVN Awards nominations. And, in 2016, Beauty and the Beast XXX won Best Parody Release – Editor’s Choice at the NightMoves Awards.