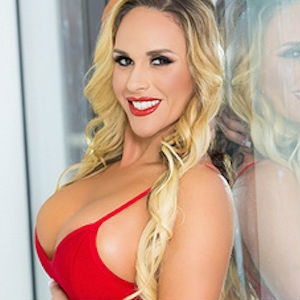 In “Tipping the Driver”, James spends her time shopping and going to the spa on her rich husband’s dime. She’s spoiled and about to learn a lesson from her cab driver, played by Lee. James has no money to pay him, and instructs him to wait until her husband gets home. She goes to take a shower, and while she’s soaping up, she spies Lee filming her. James gets so turned on that she decides to spoil herself with his big, thick cock. It’s one steamy scene you don’t want to miss.

“Tipping the Driver” has only been up a few days, but has been viewed over 120,000 times with a 90% approval rating. Watch the SFW trailer on YouTube and the full scene at http://www.brazzers.com/scenes/view/id/10447/tipping-the-driver/.