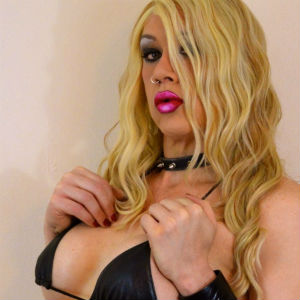 (Hollywood, CA) TS performer, director, and producer Kimber Haven has been interviewed by one of the most prolific fan sites that specializes in adult. XCritic interviews all kind of models and covers every genre under the sun. And, Haven was lucky enough to be interviewed by veteran writer Apache Warrior.

Apache refers to her in the intro as “beautiful on the inside and out” and goes on to say “She can never be called a diva because she cares for people and animals too much.”

Haven’s XCritic interview covers a myriad of topics including why webcamming is satisfying for her, how she got in the industry, how she discovered she was different from her “male” identity, why she’s a role model to her fans, and much more.

“I was honored when XCritic wanted to interview me – it’s a really big deal and definitely means your career is on the upswing,” says Haven. “Apache had some really great questions that were some the most thoughtful questions I’ve ever had in an interview. I’m so pleased with how it turned out and hope my fans will read it and feel free to comment at the bottom of the page.”

The article can be read in its entirety at http://www.xcritic.com/columns/column.php?columnID=5089.