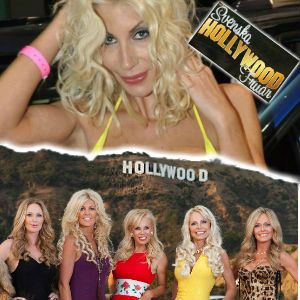 One of the stars includes Brit Ekland, Peter Sellers’ ex-wife, who had a highly publicized relationship with Rod Stewart.

Anna Anka (wife of famed composer Paul Anka) has hit out to the press that Puma Swede should not be on the show because of younger viewers, accusing the show of “moral decay” in an interview that can be seen here: http://bit.ly/1Fsl0kJ & http://bit.ly/1zYcrgB.

Swede has been on mainstream TV frequently in recent weeks with appearances on Bobbi Eden’s show Dubbel D in LA, currently on Dutch mainstream TV. She was also “Skankenstein” on an episode of Sons Of Anarchy this season (in a scene with Jenna Jameson).

Swede is part of the popular VNA Girls Network of Sites with other established stars such as Vicky Vette, Julia Ann, Sara Jay, Siri & Nikki Benz.

Webmasters can promote and any of all of these by joining Vette’s own StickyDollars affiliate program.

She is also working on her own line of adult toys.

Swede can be seen weekly via webcam at her official site, most Tuesdays, and she can be followed on Twitter @PumaSwede.