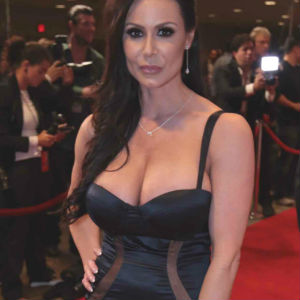 (Chatsworth, CA) With a new year comes a new Booty Queen. Last year, AJ Applegate was The Booty Queen and did an outstanding job. ArchAngelVideo is pleased to announce Kendra Lust as the 2017 Booty Queen.

Being dubbed The Booty Queen is a huge honor and not just a title – Lust will be a spokes model for the brand in an even bigger way than she has been in the past. She will have her own showcase film, The Booty Queen Vol. 3, which will be directed and captured by MimeFreak. And of course, she will receive her crown, which is the special throne that has been used in all The Booty Queen titles in the award-winning showcase series.

“I’m beyond excited to be featured in one of my most coveted ArchAngel projects to date,” says Lust. “I can only hope to deliver a performance as captivating as my predecessors, both women whom I adore, Jada Stevens and A.J. Applegate. They are true embodiments of ‘Booty Queens’. I’m so flattered that Archangel chose me to carry on the Booty Queen crown.”

Kendra’s reign has already started and The Booty Queen Vol. 3 has gone into production, slated for a March release date.

If they aren’t already promoting Archangel Productions, Webmasters should sign up with the ArchAngelDollars affiliate program, prepatory to the film’s release.

For more immediate promotional Lust leads, joining StellarBucks.com will provide all the freshest material needed to profit from KendraLust.com.