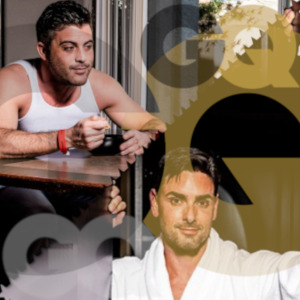 (Las Vegas, NV) March 2, 2019 – GQ Associate Editor Benjy Hansen-Bundy sat down with men of the adult industry to discuss what it’s like to be a male adult star in 2019, illustrated by shoots with celeb photographer Roger Kisby.

“It was amazing to sit down with a mainstream men’s magazine and really let them know what it’s like to be an adult star,” says Hart. “There are a lot of misconceptions about our industry and the people in it and this article clears some of that up.”

Award-winning leading man Ryan Driller, who had a plethora of interviews in Vegas last month, said one of his most prolific was with GQ, with Kisby snapping pics at his suite in the Hard Rock Hotel & Casino.

Driller discussed how he got into the biz, the reality of auditions, what it’s like to film VR, and more.

“It was one of my favorite interviews of my career… I mean it’s GQ and all,” says Driller. “The photo shoot was my best part – Kisby said it was the most GQ shoot he’s ever done, which is pretty amazing.”

Read the article in its entirety at https://www.gq.com/story/male-porn-star-2019.

Webmasters can profit from the elevating profiles of mainstream coverage by promoting Hart’s sites via the PervOutAffiliates.com program, while Driller (who gasp! still doesn’t have a site) is featured most recently at Naughty America, as we covered in a Payout Press Release.