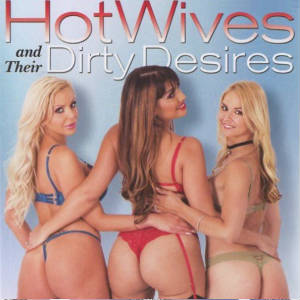 (Hollywood, CA) December 16, 2017 – Sarah Vandella is one of the stars of the latest feature from Adam & Eve Pictures and award-winning director Kay Brandt.

Based on the best-selling novel by author Brandt, Hot Wives & Their Dirty Desires is all about MILFs who love to share.

“I was extremely honored that Kay chose to cast me in such an amazing film where I was able to showcase my acting abilities,” says Vandella. “The film is well written and the sex is incredible. If you’re a fan of mine or any of the stars of the movie, it’s a definite must-have for your collection!”

Hot Wives & Their Dirty Desires is available now on DVD or online. A SFW taste of the excitement can be had watching the trailer at https://youtu.be/-O1oPUkw8lE.

To promote the production, Adam & Eve’s Affiliate Program is available to webmasters, while those who desire to delight in Vandella’s derriere more directly and profitably can sign up to promote SarahVandellaVIP.com at the PUBACash program.