The two gorgeous women get intimate together for the first time in stunningly immersive 3D virtual reality. 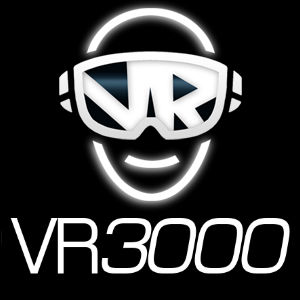 TAMPA BAY, October 19, 2016 – In what’s surely the frontrunner for the hottest Virtual-Reality scene of the year, Jesse Jane and Janessa Brazil get extremely intimate in the latest update from VR3000 and Webmaster Central. The new 3D Ultra 4K scenes mark the first time Jane and Brazil have appeared together in VR, and they’re now available for fans to view at VR3000.com.

“The amazing thing about VR is that the cameras are stationary,” explains Andrew Alvarez, CEO of Webmaster Central and VR3000. “After a detailed walk-through of the scene, we can leave the room and allow the actors to truly have a moment without the distraction of crew looming around. This lets the girls focus on each other, and leads to a more intimate experience for them and for the fans.”

“The latest scenes with Jane and Brazil were planned with a mind on celebrating the release of Sony’s new PS4 VR system, due to release this month,” adds Alvarez. “We’re expected the release to add a lot to the excitement around VR, which just keeps growing every month.”

Fans can visit www.vr3000.com to plug in and watch Jane and Brazil get it on. For webmasters interested in making money from the adult entertainment VR craze, Webmaster Central offers the VR Ballers affiliate program. Affiliates can earn 50% for the life of each sign-up they send to VR3000; just visit www.vrballers.com to get started with their free account.

VR3000 was launched in July of 2016 by veteran internet developers from the adult entertainment sector. The company creates and delivers unique virtual reality experiences for its customers, driven by creative filming techniques, a keen understanding of the adult market, and cutting edge VR technologies. Its VR3000 Player can stream VR videos to a variety of platforms, eliminating the need for consumers to store videos locally. VR3000 is owned and operated by Webmaster Central, the premiere source for licensing adult HD video content optimized for both desktops and mobile devices.

No spam, notifications only about new products, updates.
PrevPreviousSarah Jessie Descends into Hell in New Burning Angel Title
NextCadence Lux Takes All Mandingo Has To Offer at BlacksOnBlondes.comNext
On Key