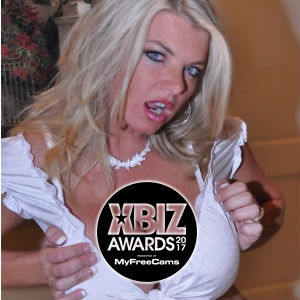 Adult industry internet phenomenon Vicky Vette  was happy to announce she has been nominated again by XBIZ for Webstar of the Year and Performer Site of the Year for Vickyathome.com. Winners will be announced Thursday, January 12, 2017 at the upcoming XBIZ Awards in Los Angeles at the Bonaventure Hotel.

Fans who want to vote for Vette in her categories can do so here and here.

While Vette is also nominated for Business Woman of the Year at the XBIZ Executive Awards, she still shoots, performs and cams at her official site and remains one of the most followed and engaged adult stars on twitter with over 750,000 followers, and attends all the major adult fan shows.

Vette owns and operates the popular VNAGirls.com network with stars such as Julia Ann, Sunny Lane, Tasha Reign, Nikki Benz, Sophie Dee and more, as well as VNALive.com – a membership cam platform used by 60-plus girls with solo sites.

“It’s always a thrill to get nominated by XBIZ,” said Vette. “And my fans have been terrific about voting online.

“It should be an entertaining awards show, with Ron Jeremy hosting. Thanks to everyone at XBIZ, the industry and of course the fans who keep me going. 2017 is going to be amazing.”

Vicky Vette will be attending the XBIZ Summit & Awards in Los Angeles January 10-12.